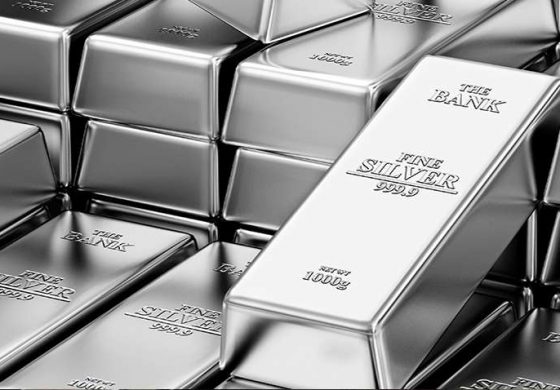 Like its shinier and arguably more sought-after cousin gold, precious metal silver holds a safe haven status for investors, who also commonly use it as a hedge against inflation.

But as the gold price has soared in recent months, silver has held back, meaning there has been a gap widening between the price per ounce of the two metals. In fact, it’s been rather a rollercoaster ride for silver investors.

In March, as the Covid-19 pandemic erupted, the price of silver fell to around $11.70 an ounce, plunging around 38% at one point, but through April and May it recovered.

This trajectory has continued and in recent days it has held above $17 an ounce, buoyed by more positive market news and the prospect of an economic rebound.

Like gold, silver is used in jewellery but it is also an industrial metal and is very commonly used in industrial fabrication, with applications ranging from batteries to solar panels. It was mainly for this reason that the US-China trade war negatively impacted the price of silver in 2019.

But is the only way up for this industrial metal? Many investors seem to think so and have been flocking to both the physical precious metal and to silver exchange-traded funds (ETFs) in recent weeks.

Some banks have predicted silver could hit $20 an ounce in the next 12 months or so, as industrial demand recovers. So while it seems unlikely to reach the heady heights of gold, which is sitting at around $1,700 an ounce, there are gains to be made as it looks set to at least follow it upwards.

There are some potential headwinds for silver though, particularly if US-China trade tensions flare up again. Another factor that could put pressure on its price is the US dollar, because a strengthening dollar makes silver more expensive to trade for those investors buying in other currencies.

Finally, many silver mining operations have faced weeks, or even months, of shutdowns due to the Covid-19 pandemic, while demand fell as industries paused operations. This meant there has been an oversupply, which is also weighing on the price.

Demand for the metal could return, however, as lockdown restrictions ease around the world and manufacturers and industrial companies return to work.

Investors can also access silver potentially more cost-efficiently via ETFs, including the iShares Silver Trust. This ETF aims to mimic the price of the metal and is backed by more than 325 million ounces of physical silver.

As the rise in the price of silver begins to accelerate, it might make sense to diversify your precious metal exposure and invest in this relatively good value industrial metal.

eToro is a multi-asset platform which offers both investing in stocks and cryptoassets, as well as trading CFDs.