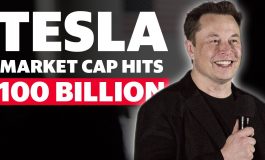 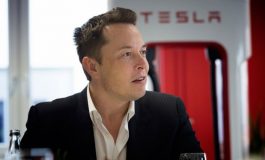 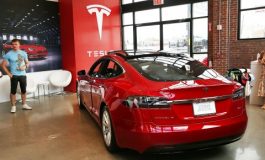 For most of its history, Tesla has been a car company that didn’t act like a car company. Instead, it acted like a Silicon Valley startup with a futuristic outlook. This was necessary to set it apart, more so than simply designing, engineering, and selling all-electric vehicles could on their own.

But by 2018, Tesla CEO Elon Musk wants the company to be selling 500,000 cars a year. To pull that off, Tesla is going to have to get better at manufacturing — a process that’s already underway, as the company gears up to build its $30,000 mass-market Model 3 — and at, well … selling.

The car business is a sales business. It’s also, obviously, an industrial and financial-services business — you’ve got complicated modern factories and vast loan and leasing operations — but the leading edge of the whole thing is sales.

I call this the “Come on down!” side of the business. You know what I’m talking about: the big commercials during the Superbowl touting new models are great, but it’s the local dealer sales-event spots that get people onto the showroom floor and, often enough, driving off the lot with a new set of wheels.

This aspect of the business, understandably, hasn’t been Tesla’s focus. Musk has been the chief sales guy, and he’s been monumentally good at it. The company doesn’t advertise. It will sell almost 100,000 vehicles this year simply because it’s Tesla and because people want one.

But a bit more “Come on down!” is creeping into Tesla mojo — and it’s a good thing. The carmaker needs to get the word out.

Take for example this email I recently received about a soon-to-arrive price hike on the cheapest Model S sedan, the 60 kWh rear-wheel-drive version (in additional to being on various media email lists for Tesla, I’m also signed up for their general sales and marketing emails): The price is set to rise by $2,000, there are less than two selling months left in the year, and Tesla wants to get me into a car! Before the deal expires. In just a week!

Yes, you could say that this kind of thing demeans Tesla by making it look like it’s trying to hard to get some cash in the front door. But that’s really not the case at all. Tesla is about to graduate from being niche to being mass-market. And with that has to come a more aggressive sales strategy.